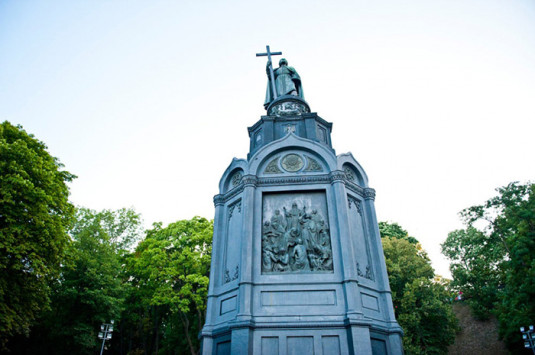 2015 marked by jubilee celebrations devoted to the 1000th anniversary of the repose of St. Prince Volodymyr. The whole Orthodox world together with Russian Orthodox Church celebrates this significant feast. Since the beginning of the year in all the dioceses of the Russian Orthodox Church all over the world the festive event is for every day. The culmination of the festivities was the feast day of St. Prince Volodymyr, which is celebrated on July 28. 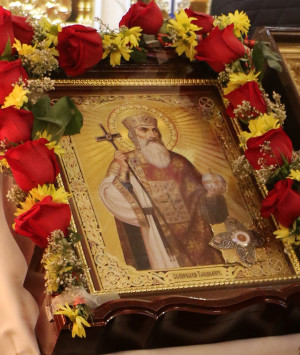 Russian Orthodox Church Abroad have celebrated 1000th anniversary of the repose of St. Prince Volodymyr on 25-28 July in the memorial church of St. Volodymyr, New Jersey.

26 July in church of St. Volodymyr, the First Hierarch of the ROCA, Metropolitan of Eastern America and New York Hilarion celebrated the Divine Liturgy together with Bishop Nicholas of Manhattan, clergymen of the church and diocese.

For the Cathedral of St. John the Forerunner the beginning of feasts was marked by long-expected event. 16 November, on the threshold of 2015, the icon with a part of holy relics of St. Equal to the Apostles Prince Volodymyr – the Baptizer of Kyiv Rus, came to Cathedral from the hills of Kyiv. Since then this shrine is under the arches of Cathedral of Brooklyn, and every believer can come and to pray to St. Volodymyr, asking for his help and protection before God.

28 July, in the Remembrance Day of St. Equal to the Apostles Prince Volodymyr the Great, the Divine Liturgy and prayer service to St. Prince Volodymyr in a front of his icon were celebrated by Rector and Dean of First Deanery of New York Archpriest Alexander Belya.

As the place where Prince Volodymyr baptized the Kyivan Rus, the capital of Ukraine became a center of very special celebrations.

On 27 July the festive prayer service of gratitude was performed on Saint Volodymyr Hill near the monument of Equal to the Apostles Prince. This event was headed by The Most Blessed Metropolitan of Kyiv and of All Ukraine Onufriy together with episcopate and clergymen of the Ukrainian Orthodox Church.

After the service Metropolitan Onufriy was at the head of Procession to Kyiv Pechersk Lavra along the central streets of Kyiv. Together with His Beatitude in the Procession took part episcopate, clergymen of all dioceses, and more than 20000 Orthodox believers.

On the same day the festive vespers was performed on the Soborna Square in Lavra.

On 28 July, the Day of the Baptism of Rus and of the millenary of St. Volodymyr’s repose, The Most Blessed Metropolitan Onufriy celebrated the Divine Liturgy in the Cathedral of Dormition of Kyiv Pechersk Lavra.

28 July The Most Holy Patriarch of Moscow and of all Russia Kirill celebrated the Divine Liturgy at the Cathedral of Christ the Saviour, Moscow.

At the Cathedral of Christ the Saviour were placed the icon and chest with the holy relics of Saint Equal to the Apostles Prince Volodymyr the Great.

The prayer service to Saint Equal to the Apostles Prince Volodymyr the Great was performed after the Liturgy.

Then the Primate consecrated holy banners with the image of St. Volodymyr, and these banners will be sent to every single dioceses of Russian Orthodox Church.