Russian Orthodox Church Outside of Russia (ROCOR) was formed as a jurisdiction of Eastern Orthodoxy as a response against the policy of Bolsheviks with respect to religion in the Soviet Union soon after the Russian Revolution of 1917, and separated from the Russian Church of the Moscow Patriarchate in 1927 after an imprisoned metropolitan Sergius (Stragorodsky) pledged the Church’s qualified loyalty to the Bolshevik state. 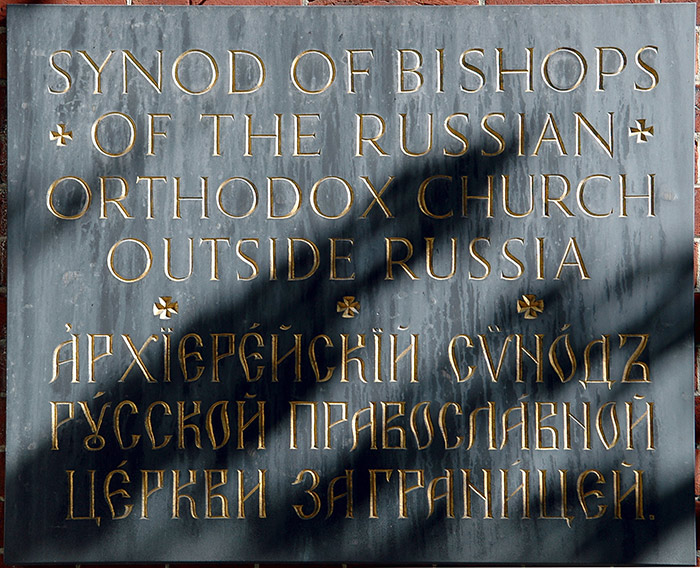 Russian Orthodox Church Outside of Russia officially signed the Act of Canonical Communion with the Moscow Patriarchate on May 17, 2007, restoring the canonical link between the churches.

There are twelve ROCOR monasteries for men and women in North America, the most important and largest of which is Holy Trinity Monastery (Jordanville, New York), to which is attached ROCOR’s seminary, Holy Trinity Orthodox Seminary.

ROCOR also oversees the Russian Ecclesiastical Mission in Jerusalem, which acts as caretaker to three holy sites in East Jerusalem and Palestine, all of which are monasteries.

The current First Hierarch of  Russian Orthodox Church outside of Russia is Metropolitan Hilarion (Kapral).

The educational level of the clergy is primarily oriented toward the bachelor’s level of education which is the highest degree available at the church’s single seminary located in Jordanville, New York.